Strip seals are flexible neoprene membranes adhered to the joint walls. They adhere well and prevent water ingress, but the seals can tear and disjoin under traffic if incompressible debris settles on top. Compression seals are neoprene or cellular seals in the form of a series of web that provide outward pressure against joint walls to hold the seal in place. They are ready for use out of manufacturing, meaning no mixing or curing is necessary. The seals need to be correctly sized to maintain the pressure against the walls, but the seal can still disjoin with the loss of elasticity overtime. 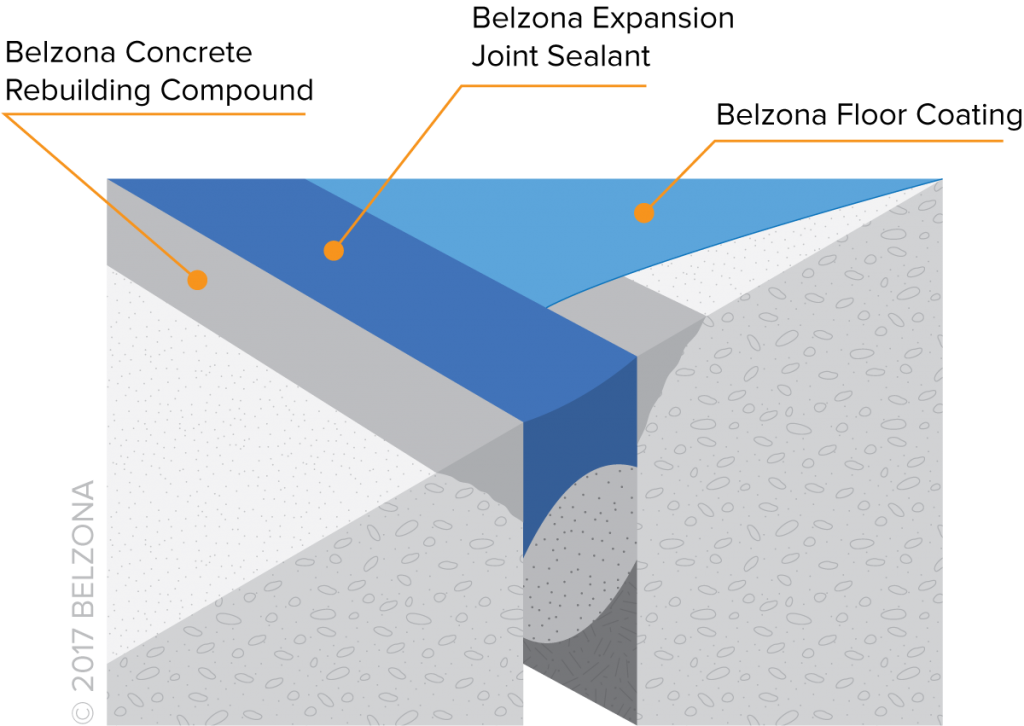 Video: How to Fix a Failing Expansion Joint with Belzona

For this repair, we used:

Additionally, we utilized Belzona 9111 (Cleaner/Degreaser) to clean of the substrate, Belzona 9411 (Release Agent) to be applied to the wooden batten, a handheld grinder and a pole sander to prepare the substrate, and a mixer for preparing Belzona 4111. 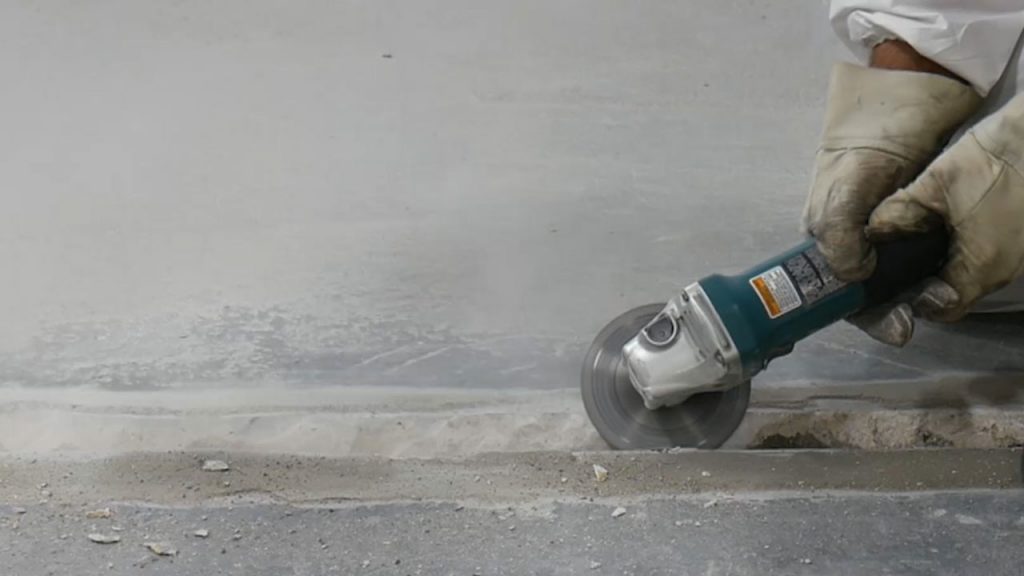 Using a grinder with a round disc, remove all existing material and vee out the edges of the nosings. 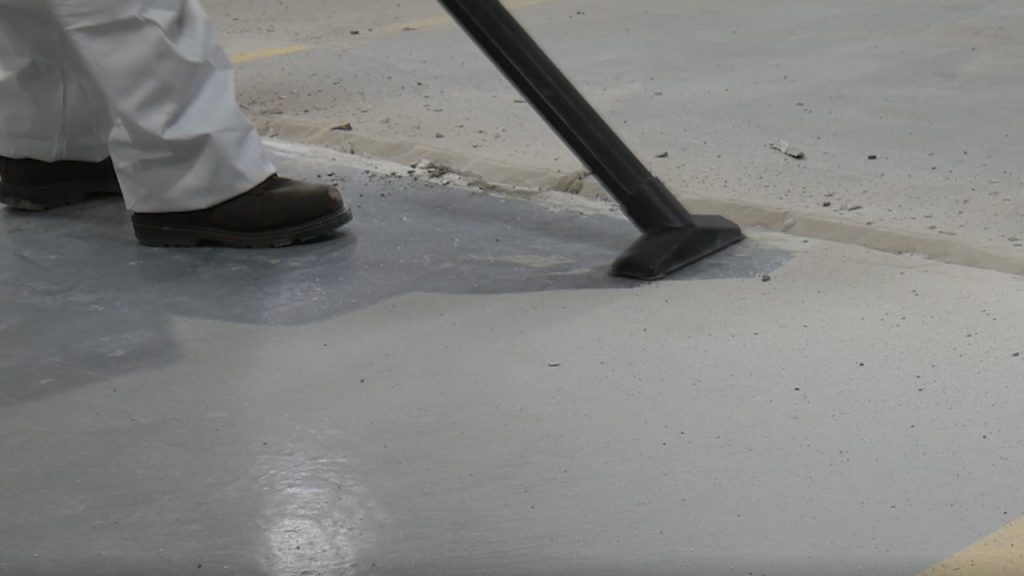 Vacuum all the debris and dust. 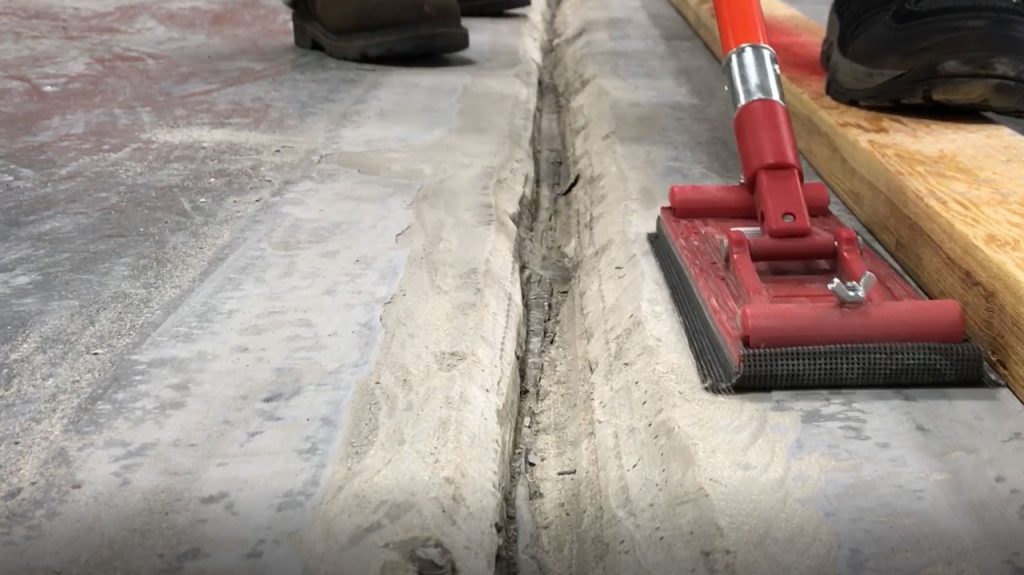 Abrade the edges and the surface with a pole sander. 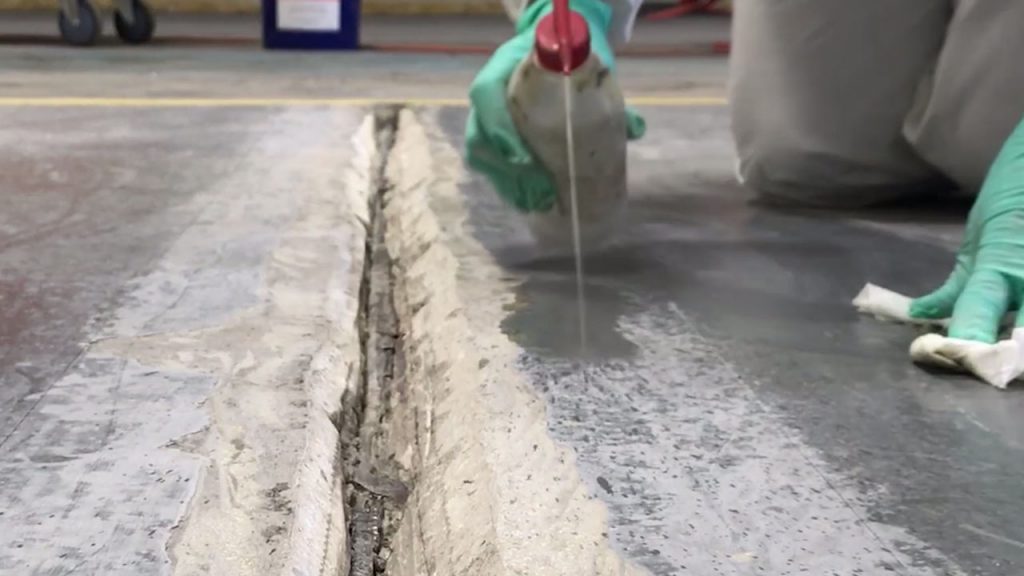 Thoroughly clean the surface with a cleaner/degreaser. 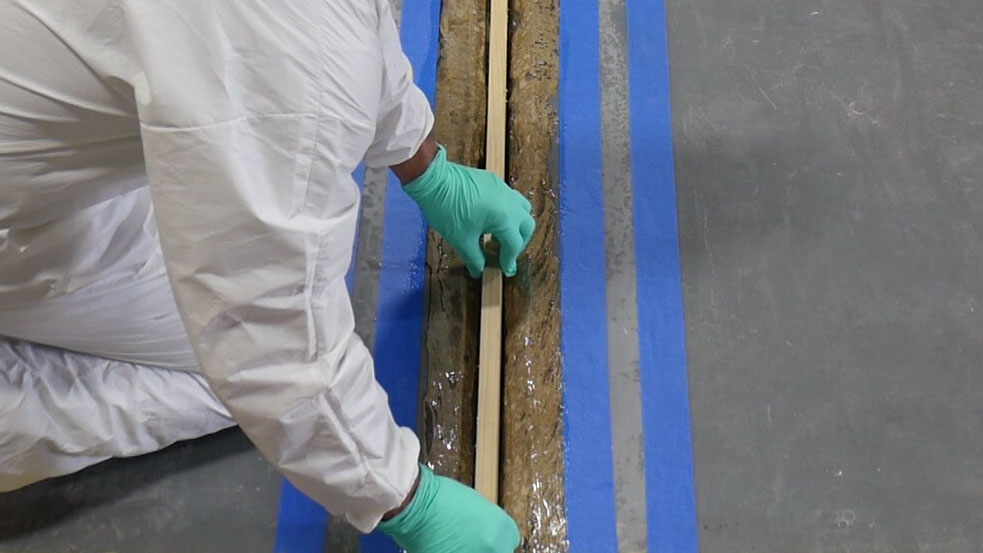 Apply Belzona 9411 (Release Agent) onto the wooden batten and position it in the joint.

Thoroughly mix Belzona 4151 Base and Solidifier until a homogeneous mix is achieved. Slowly add Belzona 4111 Aggregate into the mix until a desired consistency is obtained.

Trowel mixed Belzona 4111 up to the former to rebuild the expansion joint nosings. Make sure to fill in all the empty spaces with the mixed product.

Once the Belzona product has cured, carefully remove the wooden former from the joint.

Using Belzona 2911, condition the internal parts of the joint.

Smooth out the surface, leaving it slightly concave.

Thouroughly mix Belzona 5231 Base and Solidifier until a uniform color is achieved. 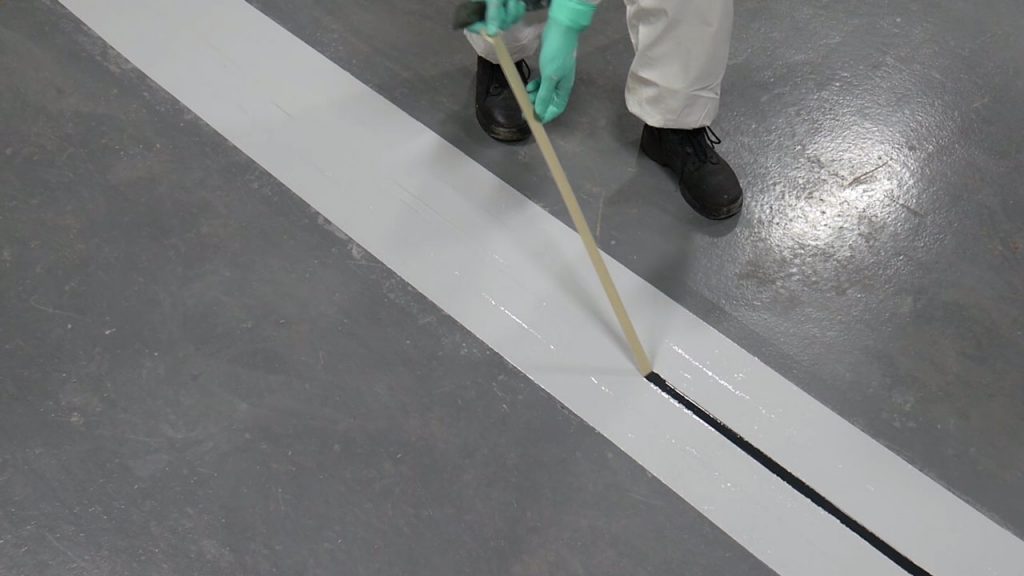 Remove all tape masking the joint and the repair area. The application is now complete!

Find out more about Belzona Elastomers.

Pinholes and Holiday Detection: Chink in the Armour

How to Repair a Worn Shaft with Belzona 1111